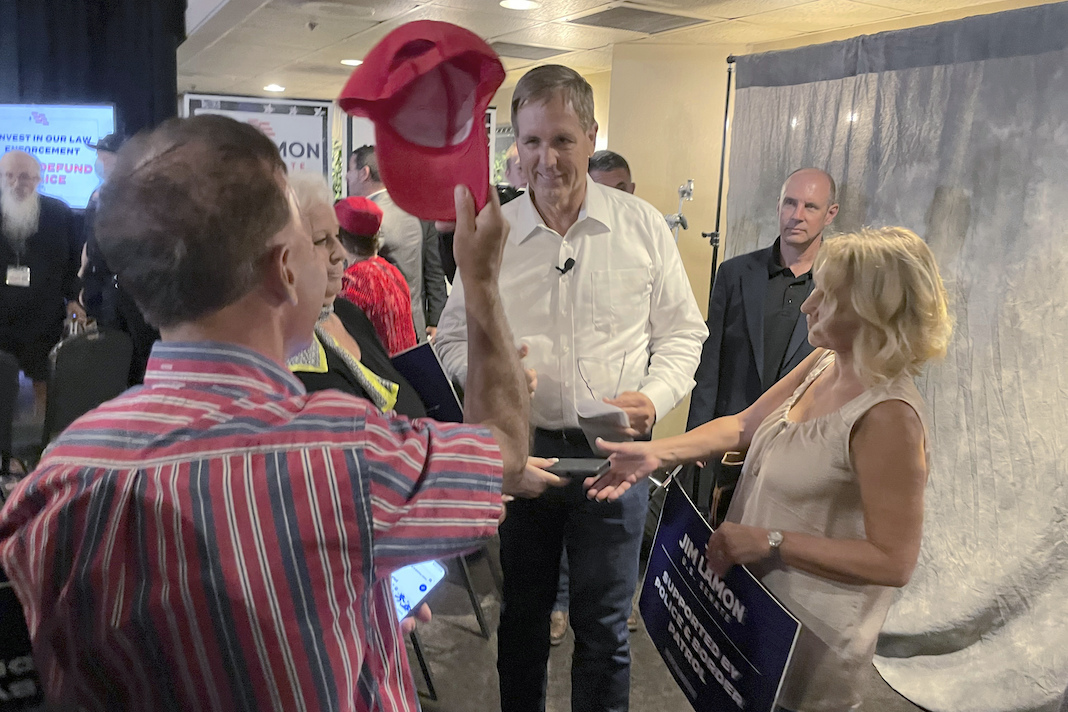 Arizona’s Jim Lamon ran a company that got $2.6 million in Paycheck Protection Program funds in 2020.

Arizona Republican Senate candidate Jim Lamon is trying to raise campaign funds by attacking Democrats for a “socialist spending binge.” But his own business received millions of dollars from one of the very programs he now decries.

In a fundraising email sent to his mailing list on Friday, Lamon wrote, “The Radical Left is on a SOCIALIST SPENDING BINGE and there’s no end in sight. FIRST → They passed the $2.2 TRILLION ‘CARES Act.’ THEN → It was the so-called ‘American Rescue Plan’ with a price tag of $1.9 TRILLION. NOW → Congress passed ANOTHER $1.5 TRILLION to line their pockets.”

He then told prospective donors, “I promise that if you invest in me as a candidate, I will STOP the Radical Socialist agenda dead in its tracks and put more money in your pockets.”

While Lamon criticizes the “Radical Left,” the Coronavirus Aid, Relief, and Economic Security (CARES) Act he cites was actually a bipartisan bill signed by President Donald Trump in March 2020 to “deliver urgently needed relief to our nation’s families, workers, and businesses” as the COVID-19 pandemic shut down much of the nation’s economy. Lamon contributed thousands of dollars to Trump’s presidential campaigns.

A key provision of the legislation was the Paycheck Protection Program, which offered hundreds of billions of dollars in forgivable loans to American businesses to help keep them afloat and avert mass layoffs.

Among that program’s beneficiaries was DEPCOM Power, a Scottsdale, Arizona-based energy company founded and at that time run by Lamon. According to a May 2021 Arizona Republic report, his business received $2.6 million in funds from the program.

ProPublica’s “Tracking PPP” database indicates that DEPCOM received the loan on May 1, 2020, and that the entire amount was subsequently forgiven by the federal government.

A Lamon campaign spokesperson did not immediately respond to an inquiry for this story.

Lamon sold the company in November 2021 to a division of Koch Industries. After the sale, Axios noted, he suggested in a tweet that he might use some of the proceeds to finance his campaign.

While Lamon was apparently happy to accept millions of dollars from the “socialist spending binge” for his own company, he does not appear to be a big fan of government involvement to help others’ businesses. In a campaign video about jobs and the economy, he says, “The best thing we can do for the American economy is get the federal government the hell out of the way.”

Lamon, who pretended to be an Arizona elector and tried to cast an Electoral College vote for Trump in 2020 even though President Joe Biden won the state, made news in February for a particularly violent campaign ad. In the spot, he plays an Old West-style sheriff and fires a gun at an actor portraying incumbent Sen. Mark Kelly (D-AZ).

Kelly’s wife, former Rep. Gabby Giffords (D-AZ), was shot in the head and nearly killed during a deadly 2011 mass shooting in Tucson.

Lamon is one of more than 20 Republicans competing for the GOP nomination to take on Kelly in November. Recent polls have suggested that Lamon and Attorney General Mark Brnovich are the top contenders in the primary. 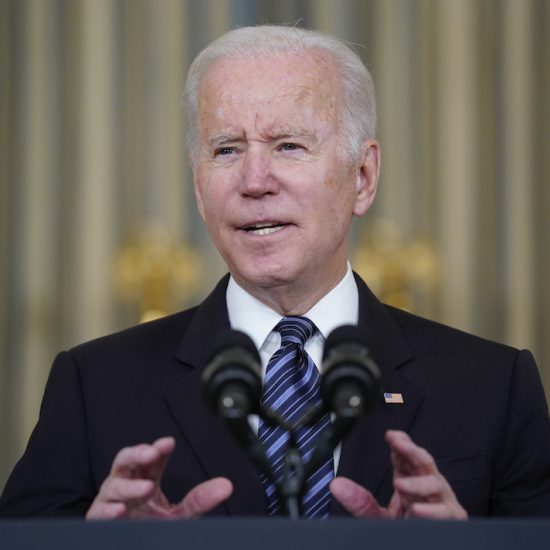 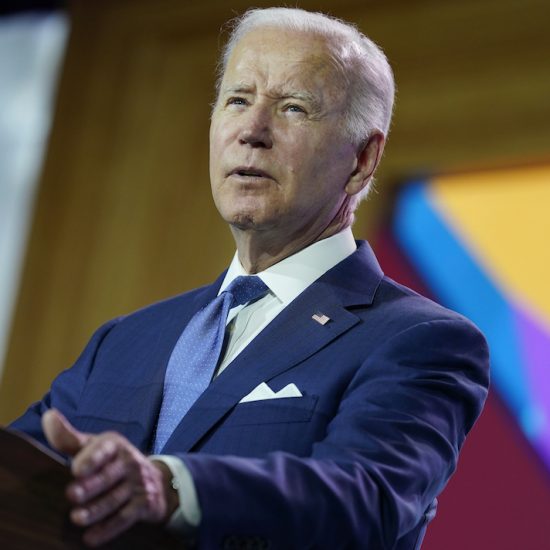 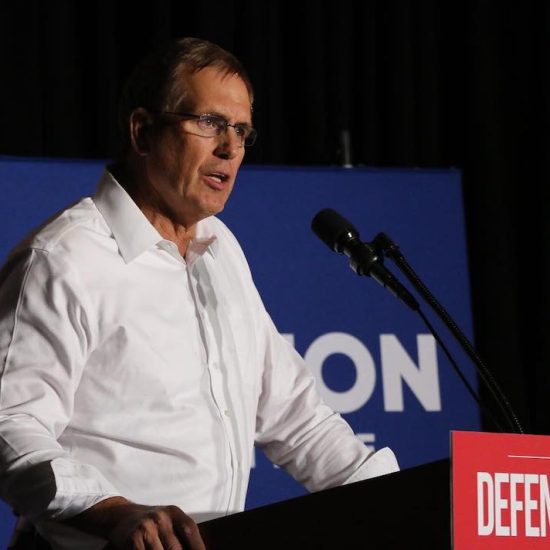