Kari Lake defends anti-LGBTQ discrimination in Arizona: ‘I have a lot of gay friends’ 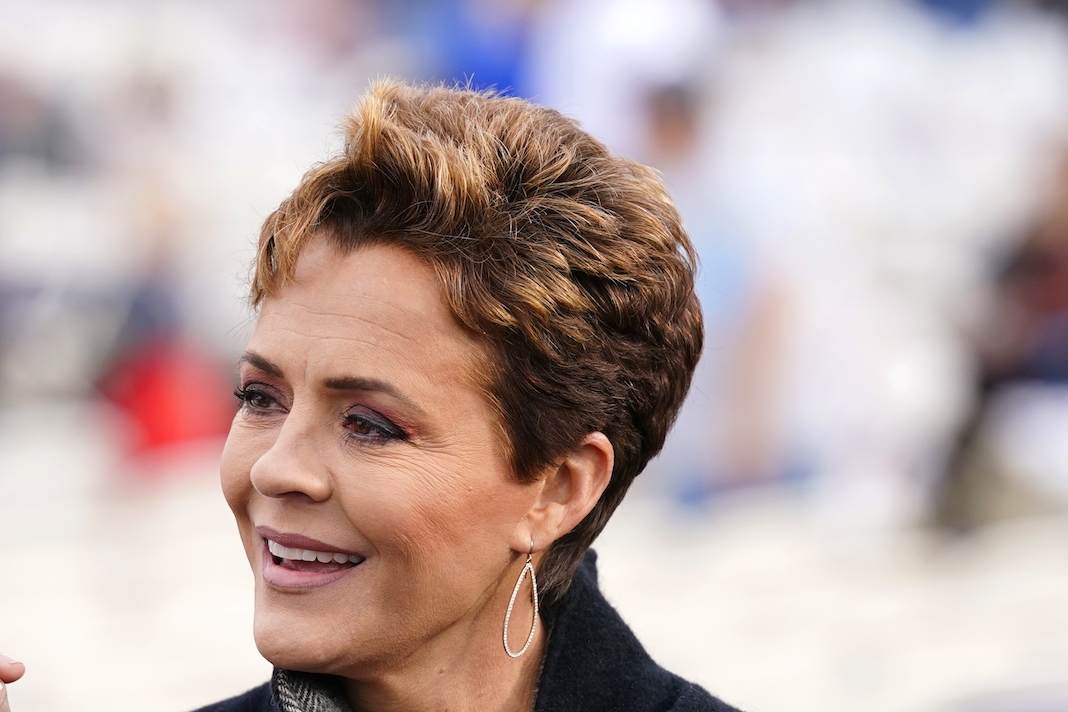 The Arizona gubernatorial candidate said she would not support legislation that would expand state civil rights protections for LGBTQ people.

At a contentious Arizona debate between Republican gubernatorial candidates, former Phoenix television news anchor Kari Lake was asked if she would sign a hypothetical bill protecting gay and transgender people under Arizona state discrimination law. Lake said she would not and justified her opposition by saying that her “gay friends” also opposed such protections.

“This is an issue that was created around the gay rights movement,” Lake said at the American Leadership Forum on Feb. 5. “I worked in the media; I have a lot of gay friends. They’re appalled by what’s happening. They want their rights, and they don’t want to have — most of my gay friends are appalled with the ‘BTQ+’ [bisexual, transgender, and queer plus] everything they keep adding to it.”

The forum was hosted by the right-wing advocacy group Center for Arizona Policy and moderated by conservative commentator Hugh Hewitt and Cathi Herrod, the center’s president.

The state is one of 18 that lack any protections for LGBTQ people, according to the Movement Advancement Project. Only federal law and legal precedent offer Arizonans protections against discrimination because of their gender identity and sexual orientation.

On Feb. 7, a bipartisan group of legislators, including Republican House Speaker Rusty Bowers, introduced a bill that would protect gay and transgender people from discrimination across the state. The Center for Arizona Policy opposes the bill, which Herrod called “very divisive and very controversial.”

“This legislation would treat reasonable disagreement as if it were discrimination, dictate a coercive sexual ethic, and penalize those who dissent,” Herrod said.

The other GOP gubernatorial candidates at the forum — Karrin Taylor Robson, a development consultant and former member of the Arizona Board of Regents; former U.S. Rep. Matt Salmon (R-AZ); and businessman Steve Gaynor, who lost the 2018 election for Arizona secretary of state to Democrat Katie Hobbs — also said they would not support the bill.

All of the candidates agreed that Roe v. Wade should be overturned, they all refused to share their vaccination status, and they all refused to say whether they believed President Joe Biden was legitimately elected. Robson described the latter question as “a leftist trap.”